If there’s one thing Nioh has going for it above all others, there is a lot of shit to pick up – and in Nioh: Complete Edition PS4 and PC players have additional loot from DLC […]

If there’s one thing Nioh has going for it above all others, there is a lot of shit to pick up – and in Nioh: Complete Edition PS4 and PC players have additional loot from DLC to deal with, too. And when you’re going through a game that puts so much emphasis on its difficulty, it’s important to choose the right weapon you feel most comfortable with in order to dispatch enemies – especially when you near the later parts of the game ether that or you better call Saul aka drop that ochoko cup.

This guide will focus on suggesting different builds for the five weapon types in the game – Katana, Dual Katanas, Axe, Spear, and Kusarigama. There is certainly going to be some overlap here; outside of the Katana, the rest have a more specific purpose. honorable mention here that each stat has a secondary effect that scales up the more points you put into it – it’s vital to understand that, but the core skill set of each weapon is the most important thing of all to understand. 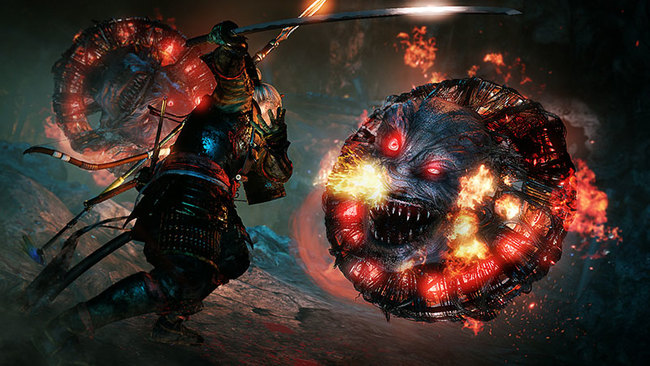 The Katana is a great starting weapon in the game for those unfamiliar to this genre. In this build, you’ll want to focus on the Heart stat as the weapon’s effectiveness is affected by that, meaning it will do more damage the more you increase it. Strength and Skill also improves the weapon, just not as much as Heart does. Really, Heart is perhaps the most important stat in the game since it influences almost every build with its focus on Ki.

This also affects Dual Katanas and Bows, so plan on using Katanas the primary, Dual Katanas as the secondary (for high DPS, or Damage Per Second), and Bow for your ranged. Bows are already pretty damn powerful here, so that’s not a big ask. You’ll want to focus on dodging as much as possible in every encounter as you won’t have a lot of defense, so play conservatively.

As noted above, the Dual Katanas are affected by Heart, but also Skill. The Skill stat also plays into unlocking the special affects of lighter armor in the game, meaning you’ll be able to enjoy rare buffs – important for a build that focuses on dancing around your opponent. The Skill stat also helps unlock a variety of weapon buffs and increases Rifle damage, so be sure to focus on Skill. Light Armor is the way to go with this build.

This thing can be a beast if you know how to wield it correctly. The Axe has plenty of group attacks, including a spinning skill that lays waste to many bosses. Obviously, this is meant for those that play far more aggressively and don’t mind taking damage. But you’ll need to play smart. That’s why you’ll want to put points into Strength. This will allow you to wear heavier equipment while unlocking their passive traits, allowing you to survive a good deal longer. This also makes it one of those “Best Tank” builds. Put the rest of your points into Body and Stamina to improve your health and defense, and equip either Medium or Heavy armor. 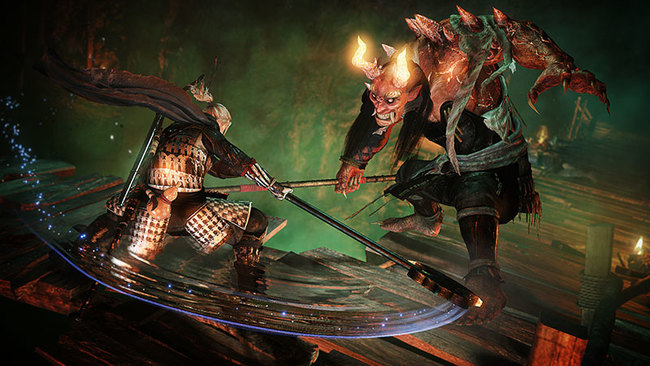 As you can imagine, the Spear is ideal if you’re the type of player who wants to keep their distance from an enemy – constantly poking at them from a safe distance. It also great with dealing with groups of enemies thanks to the wide swings. The Body stat plays the most important role in the effectiveness of the spear, but you’ll want to put your points into Strength and Skill to wear heavier equipment but still be able to dodge quickly. The Axe and Spear complement one another if you’re going for a Tank build, go for Light or Medium armor (Heavy if you have enough Strength).

The Kusarigama (chain-sickle) is a weapon that delivers a lot of quick damage to an opponent. You can really lay into someone with its multi-hit combos, or switch to a high stance and throw your sickle to hit enemies from afar. You can even unlock skills that drags enemies towards you “GET OVER HERE!” ring any bells?

For this weapon, you’ll want to invest in the Dexterity stat. This will improve the effectiveness of this weapon, while also adding points into the Ninjutsu skill tree. Basically, if you’re going this route, you’ll be leaning into the Ninja Build. The Skill and Body stats will also help with this weapon. Stick to Light Armor for quicker movement speed with a much smaller Ki hit.

While this weapon is a hell of a lot of fun to use, you should maybe avoid using it if you’re a newcomer – it takes some getting used to. If you’re more experienced or don’t care about all that, give it a go!